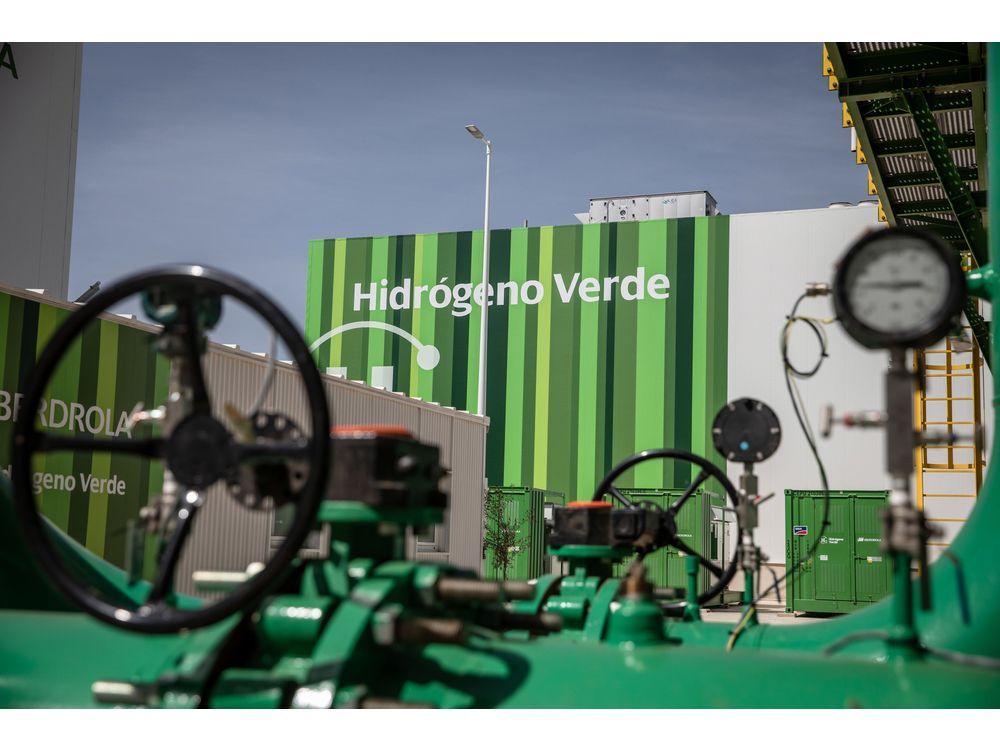 Big Oil is betting green hydrogen is the future of energy

(Bloomberg) – After years of dabbling, big oil companies are finally planning the kind of large-scale investments that would make green hydrogen a serious business.

They are pursuing a very particular vision of a low-carbon future – multi-billion dollar developments that generate vast concentrations of renewable electricity and convert it into clean chemicals or fuels that can be shipped around the world to power trucks, ships or even planes.

The plan is well-suited to companies’ natural strengths in project management and their financial clout, but even with those strengths, they’re still making a big bet on unproven technology that might not reach its potential.

“I don’t think any company has developed anything on these scales,” said Gero Farruggio, head of Australia and global renewables at consultancy Rystad A/S.

This month has seen a flurry of big hydrogen news.

BP Plc takes the lead on the $36 billion Asian Renewable Energy Hub, a project that aims to install 26 gigawatts of solar and wind farms across a sprawling 6,500 square kilometer (2,500 sq mi) swath of the Pilbara region in Western Australia, and use the generated electricity to split water molecules into hydrogen and oxygen. Once fully developed, it would produce about 1.6 million tons of green hydrogen or 9 million tons of ammonia each year, which can be used to make fertilizer.

TotalEnergies SE has joined Indian billionaire Gautam Adani’s conglomerate in a venture that has ambitions to invest up to $50 billion over the next 10 years in green hydrogen. An initial investment of $5 billion will develop 4 gigawatts of wind and solar capacity, about half of which will power electrolyzers producing hydrogen used to make ammonia. The company could reach 1 million tons of annual green hydrogen production by 2030, fueled by 30 gigawatts of clean energy.

It’s only a matter of time before Shell Plc launches its own megaproject, said Paul Bogers, the company’s vice president for hydrogen. Shell is looking for a place where there are enough wind and solar resources for a large-scale project that would take advantage of its strengths, he said in an interview on the sidelines of the Financial Times Hydrogen Summit in London.

“The size of these projects is not something done by a small startup,” Bogers said. “It requires deep pockets.”

The American giant Chevron Corp. is willing to spend billions on a mix of green and blue hydrogen, which uses a chemical reaction to separate natural gas and capture and store carbon dioxide. Smaller players in the oil market are also getting involved, with Trafigura considering a number of mid-sized green hydrogen projects, such as a 440 megawatt development near Adelaide, Australia.

Although the trading house does not have the track record of a major oil company, it seeks to develop large-scale projects with a capacity of several gigawatts, including one in South America, and then bring in a partner more important to build it, Rolland said. .

Lifeline to the future

The global supermajors still spend most of their money on oil and gas, but are devoting a growing share to low-carbon energy. This has included major investments in areas well outside their core business – offshore wind farms, solar power plants, battery technology and electric car chargers.

“Electrons don’t need the kind of infrastructure” that oil majors specialize in, said BloombergNEF analyst Meredith Annex. But hydrogen is a molecule and “these are companies that understand molecules and design infrastructure around molecules.”

The nature of hydrogen, with its complex processing plants, pressurized pipelines and storage facilities, as well as the specialized tankers needed for distribution, makes it “a lifeline to the future” for Big Oil, said the appendix.

There is another natural synergy for companies that have long sought out the greatest concentrations of energy and the largest markets in the world and found inexpensive ways to connect them.

For green hydrogen, “one of the key attributes is having very competitive renewable energy resources,” said Tom Ellacott, senior vice president at consultancy Wood Mackenzie Ltd. BP went to Australia because “you have a lot of sunshine”, while TotalEnergies is in India because “low-cost ammonia is potentially a very big market”.

While giant projects may be the future of green hydrogen, there is still a long way to go before they prove commercially viable, said Pierre-Etienne Franc, chief executive of Hy24, a joint venture between asset managers Ardian SAS and FiveT Hydrogen. .

“You can’t go from a 10 megawatt size to a gigawatt size like that,” Franc said. It will first be necessary to build installations on the scale of hundreds of megawatts, ie 10 times the size of the pilot projects currently underway in Europe. These will improve the operational knowledge and electrolyser manufacturing capability needed to take it to the next level, he said.

Rystad estimates the average size of a green hydrogen electrolyzer to be 3 to 4 megawatts. This is expected to grow 20 times by 2025, leaving plenty of groundwork still to be done for gigawatt-scale developments.

“There’s a long way to go before any of these projects actually start to see significant capital investment,” Farruggio said. “It may be a stretch to see this happen before 2030.”

This aligns with announced timelines for the full expansion of BP’s and TotalEnergies’ green hydrogen projects, and is well within the 2050 timeline for companies to achieve net zero carbon emissions. Large-scale hydrogen, though unproven, may represent the best chance for the current generation of oil majors to remain key players in a climate-compatible energy industry in the mid-21st century.

“At some point, oil and gas will have to start declining to follow that Paris-aligned trajectory,” Ellacott said. Green hydrogen is the best choice for a new low-carbon profit center because it’s “such a big long-term growth market, it’s really in the sweet spot of the majors in terms of synergies with their existing activities”.

Sign up to receive the best daily stories from the Financial Post, a division of Postmedia Network Inc.

Thank you for your registration!

A welcome email is on the way. If you don’t see it, please check your spam folder.

The next issue of Financial Post Top Stories will soon be in your inbox.

We encountered a problem during your registration. Try Again

What are bonds? Low-risk investments are designed to protect savings from inflation