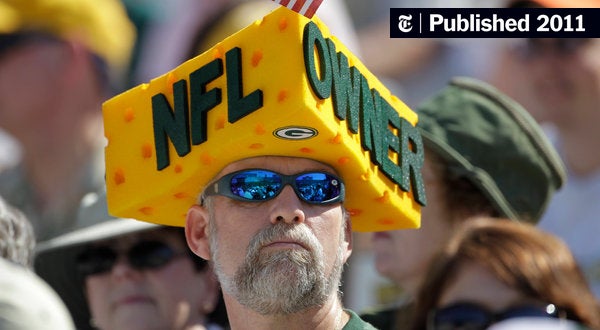 In Green Bay, stocks are more than a financial investment

â€œThe only people who buy them now are the ones who want to brag and say to their boys at the tavern, ‘I’ve got a share of the Packers,’ Oliver said. “There is a certain pride in having the certificate.”

For Oliver, who ran a securities firm for many years, his actions were a calling card. He enjoyed attending the annual meetings which years ago were held in a room under a bowling alley opposite the courthouse. Oliver remembers meeting players from the 1960s teams and legends like Tony Canadeo.

â€œIt was a good old boys club,â€ he said. “We knew that if we ever lost the Packers it would be the end of the city of Green Bay.”

Annual meetings today attract about 12,000 shareholders and guests to Lambeau Field at the end of July, and many of them prepare in advance. â€œThey don’t do that at IBM,â€ Wied said.

Unlike a meeting at IBM, the annual Packers meeting raises few questions about the team’s record. Instead, most are about the team and, this year, the league’s new collective agreement. Some fans are suggesting ways to improve the stadium. Shareholders vote on a list of around 15 board members, who are almost always elected with 99 percent of the vote.

All in all, it’s a pretty tame affair, which isn’t unexpected for a team that has 92,000 names on their ticket waiting list, or fans enraged enough to buy a piece of paper that calls them an owner. Perhaps, however, if fans hold onto their shares long enough, they can resell them for a hefty profit.

Mike Worachek, who runs a collectibles store not far from Lambeau Field, said a 1950 stock could fetch $ 2,000, while a 1935 stock could fetch five times that amount. Their price will only increase when new shares are issued, he said.

The first financial investment you should make is in yourself

Financial Investment Planning: How to Help Your 18-Year-Old Get Started on Their…